How a Trump Presidency Affects Immigration in Miami

"It's a rare person who can take care of hearts while also taking care of business."
Home > Blog > Immigration Lawyer > How a Trump Presidency Affects Immigration in Miami
blog 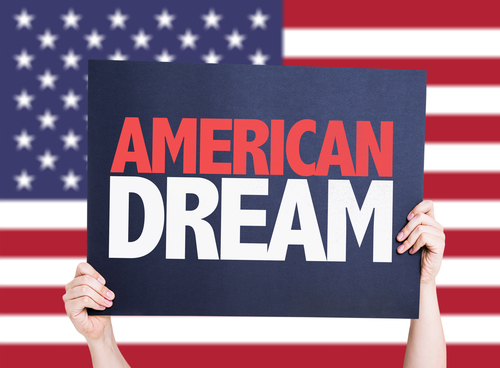 The election is mercifully over. We have seen and heard all the endless political commercials and campaign promises from various candidates. But when the dust cleared, Donald Trump will be moving into the White House in January.  Throughout the presidential campaign trail, we have all heard about Trump’s promise to build a wall and to limit immigration for Muslims entering the country. But how many of these campaign promises are reality and what can we really expect? When it comes to the subject of immigration, Miami has many residents that will be affected. Whether it is policies affecting Cuba and Haiti or possible changes in laws affecting people entering the country to live and work, South Florida is paying attention.

There is no gray area on how the public is reacting to Trump’s victory. Depending on your political affiliation, you are either really happy and optimistic of a bright future or outraged and frightened. But there is plenty of gray area on how Trump can affect immigration policy. First, it is important to understand how the U.S. Constitution and the Federal Government functions. Due to its complex nature, changes to any laws or foreign policy is a complicated process.

The President Does Not Create Laws

One of the basic principles of the U.S. Constitution is the separation of powers. All laws, including immigration laws, are written and drafted by Congress. Although Republicans make up the majority of the House of Representatives and the Senate, it has yet to be seen how Trump’s policies blend with those of Congress. While Trump can influence what Congress will draft, the function of the President is to execute laws created by members of the House and Senate. Trump can either sign the bill or veto. The Supreme Court will determine how the laws will be applied to the public.

If history is any indication, major changes in immigration law will be minimal. During 8 years of the Obama Administration, virtual no significant changes in immigration policies were passed by Congress. Although Trump will have fewer obstacles with a Republican-dominated House and Senate, there are no guarantees the promises he made during the campaign trail will come to fruition. During Trump’s run for the White House, he often clashed with House Speaker Paul Ryan and several prominent Republican members of Congress.

Two of the hot-button topics of Trump’s campaign concerned refugees and undocumented immigrants. Although the President cannot make laws, he can appoint key cabinet members that can significantly influence immigration policy–including the Department of Homeland Security. During the Obama Administration, approximately 85,000 refugees were allowed to enter the United States. Nearly 34,000 came from the Middle East.  Trump can make his biggest impact changing that number. But there are some significant obstacles. Any kind of religious test used to deny a person a visa is unconstitutional. There are approximately 11 million undocumented immigrants currently residing in the United States. About 8 million are currently part of the American workforce. For all the talk about building a wall on the Mexican border, there are already laws in place that deal with deporting undocumented immigrants. Each of these laws are extremely complicated and require significant amounts of time to be enforced.

How a Miami Immigration Lawyer can Help

Whether you are an employer looking to help a prospective employee gain an H1 visa or need to help a family member enter the country, it is important to have an experienced Miami immigration lawyer with a significant track record of getting results. To learn more, contact the law offices of S.G. Morrow & Associates, PA. and schedule a consultation to discuss your case.