Florida Military Divorce and Annulments, What you need to know 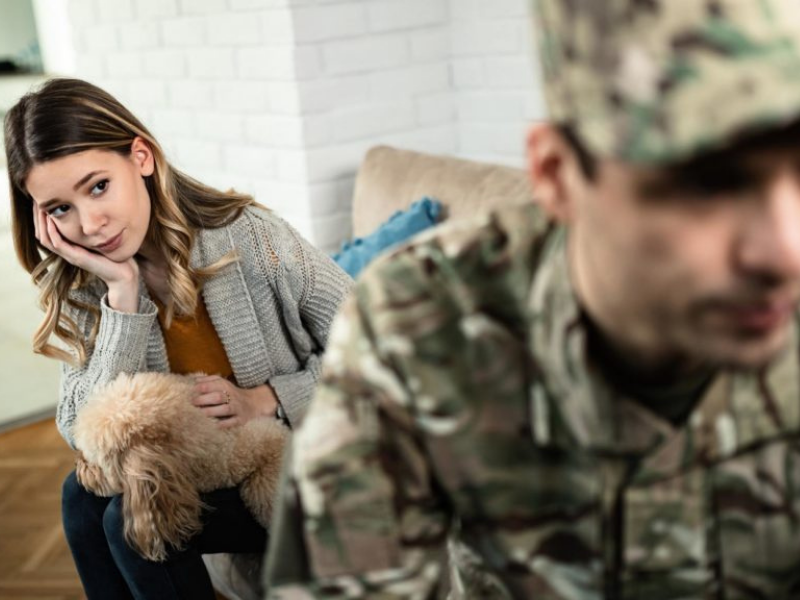 Military divorce and annulment cases involve both Florida law and federal law. Laws enacted by Congress impose restrictions and additional requirements if you seek to pursue relief from a service member whom you have married. To navigate the laws that might complicate your legal actions against a military spouse or parent, consider the services of an experienced Florida Military Divorce attorney. Below, we touch upon some of these rules.

What Must You Prove to Get a Military Divorce and Annulments in Florida?

The reasons for which you can obtain a military divorce or annulment do not differ from the grounds that apply to solely civilian couples. Florida is a “no-fault” state, so to obtain a divorce in Florida, you need only allege that the marriage is “irrevocably broken.” It is not necessary that your spouse was at fault in causing the marriage to deteriorate.

In Florida, divorce is referred to as a “dissolution of marriage.” While a divorce ends a valid marriage, an annulment voids one. That is, Florida law treats an annulled marriage as if it never existed. The grounds for an annulment include:

The fact that the would-be defendant is in the military does not bar you from a divorce, annulment, or other family law action. However, it might delay a final judgment.

When you sue for divorce or annulment, you must complete an affidavit stating whether your spouse is presently on active duty. The federal Servicemembers Civil Relief Act (SCRA) allows a defendant to halt a civil case during a period of active duty and for 60 days after the end of it.

This law prevents a judgment of divorce (or any other civil judgment or order) against an active-duty member who is not in a position to prepare a defense or pursue rights. Combat or deployment (especially overseas) often prevents service members from meeting with an attorney or even having notice of the proceedings. Your military spouse may waive the protections of the SCRA. In such a case, you may proceed with the divorce. A spouse that is in the military can instigate divorce proceedings if they so desire.

Where to Can You Sue For Divorce

In Florida, a spouse may file generally for divorce in the county where they either lived for six months before filing or where the parties lived while married.

Your military spouse may go forward with divorce proceedings in a state where she or he is stationed or claims domicile. The term “domicile” refers to the place where the service member intends to reside permanently or after active duty.

To file a divorce or annulment in Florida, one of the two parties must be a resident of the state of Florida.

If residency is challenged, you will need evidence such as a driver’s license, voting records, or property records.

As with completely civilian spouses, property division issues may arise with your military spouse. One such issue involves your rights to the service member’s retirement. Florida law entitles you to one-half of the contributions made by your spouse or spouse’s employer to the retirement plan from the date of marriage to the date of filing.

The federal Uniformed Services Former Spouse Protection Act (USFPSA) does not change how much of your spouse’s retirement you get. However, the Department of Defense — which administers a service member’s retirement plan — only distributes your portion if your spouse had at least 10 years in the military and you and your spouse were married for 10 years during the spouse’s service. In such cases, the Department caps its direct payments at 50 percent of the retired pay or 65 percent of child support or alimony are included with the retirement.

If you do not satisfy the “10/10 Rule,” a Florida military divorce lawyer can seek an order that your military spouse or ex-spouse pay you directly for your interest. Remember that the overlapping years of marriage and military service rule do not determine if you’re entitled to share in the retirement. It only affects whether the Department of Defense will pay you directly.

Retaining Other Privileges of Marriage to a Service Member

As the spouse of a service member, you were permitted to shop at the on-base or on-post commissary, seek medical care at the base hospital, and use the military exchange (store). Under the “20/20/20” rule, you may retain those privileges after a divorce. Specifically, this rule applies when:

A Florida military divorce lawyer will help you with issues involving child custody (known in Florida as time-sharing) with the military spouse. As a general rule, only the child’s parents can enter into time-sharing arrangements. If one of the parents is deployed for at least 90 days, a parent may allow a family member, person related by marriage, or step-parent of the deployed parent to participate in time-sharing. You may contest the third party’s time-sharing by showing that it does not promote the best interests of your child.

Obtaining a divorce or annulment, whether from a civilian or military spouse, may come with many financial, child custody (Time-Sharing), and other issues. Contact a Florida divorce lawyer with experience handling cases involving military families so that you can protect your rights and bring closure to a marriage that cannot be salvaged.